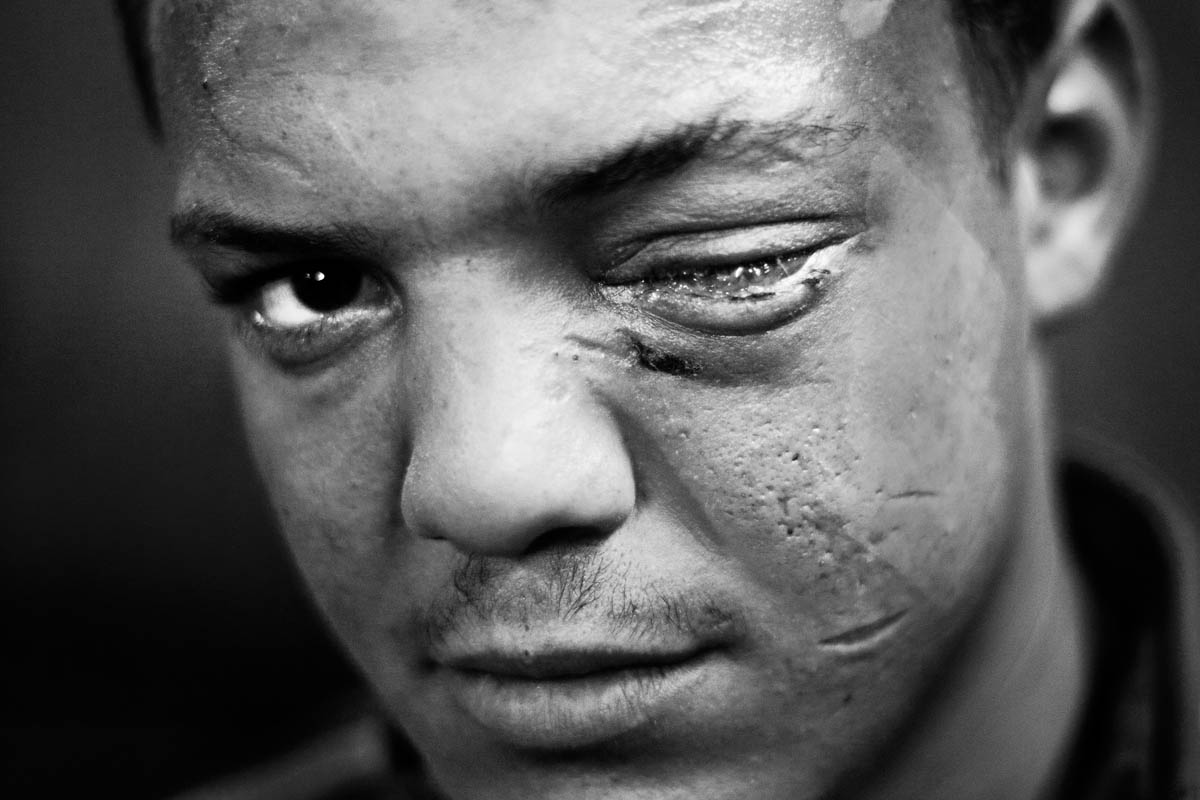 Bassem Wardany, 21 years old. He lost his left eye when the police fired a rubber bullet that rested inside. "I don't mind loosing an eye for my country, I want my people to have a better life" he said

He lost his eye in Mohamed Mahmoud St. clashes on the 21st of November, 2011